For some reason, Somerset House is not a place I go for evening or weekend fun. This is my loss, as the venue has greatly expanded its public offer over the past 10 years. It sits on the Thames across from the Southbank Centre and National Theatre, but does not compare in terms of footfall. It now has an outdoor film series in the summer and an ice rink in the winter; a number of small and large exhibitions on show at any given time; and four cafes/restaurants, including two run by Tom Aikens. It hosts cool and hip events, such as London Fashion Week, and acts as a creative hub for small arts businesses. What’s not to like?

A friends of mine who works at Somerset House asked me to drinks one evening and I used this as an opportunity to see its latest exhibition: Big Bang Data (ends 20 March 2016). As you might guess, Big Bang Data is about the proliferation of digital data in today’s society and how it is used for both good and evil.

The exhibition starts with two large-scale, immersive installations designed to provide a physical sense of the masses of data that is generated every second, minute, and hour of the day.  It then offers historical context, presenting the telegraph cable hardware used in the late 19th century to connect the continents. We are told that the discovery of a resin called gutta-percha, which insulates copper wires, was the key discovery that allowed global connectivity under the sea. Then the fun begins: the exhibition presents the different forms of data storage that have been used since the beginning of the 20th century. Punch cards, cassette tapes, floppy disks, CDs and thumb drives – for me, a flash from the past. For others, ancient history. As a 6-year old I learned DOS commands and basic programming on a computer that used cassette tapes for storage. Oh how I wish I had kept up with it – I might have been Bill Gates. 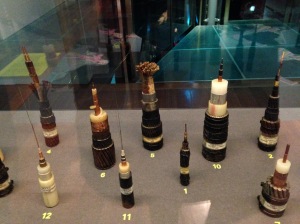 From this walk down memory lane, the exhibition explores how the production and use of data has changed the way we live. Live stream data allows us to see what is going on in any city around the world; social media allows us communicate with anyone at anytime about anything; and data visualisation mechanisms allow us to understand macro geopolitical trends instantaneously. The exhibition continuously tries to give the visitor a sense of the immensity of data generated as part of these technological advances. An artist presents the texts of the 5522 people who tweeted at exactly 2:47:36 GMT on the 9th of November 2012 in the form of a four volume tome. 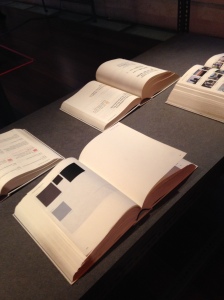 We all know, however, that all this data flying around can be dangerous. The exhibition features clips from a documentary produced by Laura Poitras about the NSA employees who questioned the agency’s use of personal data of US citizens (no, Edward Snowden wasn’t the only one). I really liked the Transparency Grenade by artist Julian Oliver, which is an imagined data gathering mechanism that will release information in an ‘explosion’ on the internet if the pin is pulled. A good metaphor for the times we’re living in – we all know in the back of our minds there is someone who has access to all our data and could spread it indiscriminately in the blink of an eye (Ashley Madison subscribers know what I mean).

On the other hand, access to data has helped revolutionise the way NGOs advocate. I got absorbed in a number of iPad apps that linked global issues to the data points of my life. There was one app that charted the rise of global warming based on your birth date. After having just watched the NSA documentary, I felt quite hesitant about being asked to provide the personal data needed to run these apps, but I did it anyway. One of the final pieces in the exhibition explores the concept of personal data licenses. Given the benefits and disadvantages of mass collection of data, what kind of license would you sign up to? How much would you charge someone to use your data, if you had the choice? 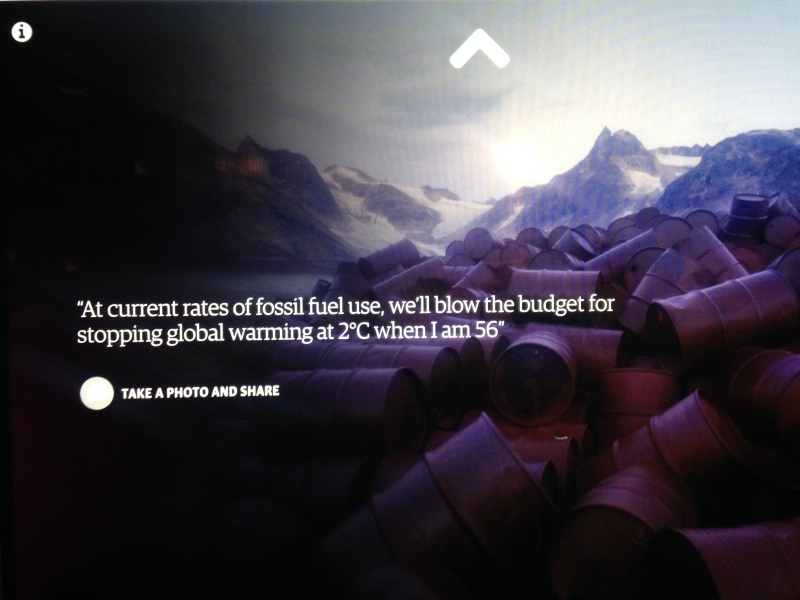 The great thing about this exhibition is that the experience doesn’t end in the final gallery. There’s a shop with Kim Kardashian’s selfie book!  If that’s not what you’re looking for, there is an interactive website that allows further exploration of all the issues presented. 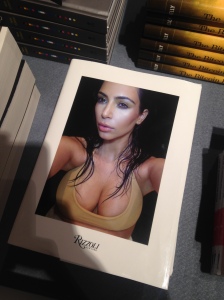 Tonya Nelson is a cultural sector leader based in London.  She is currently Director of Arts Technology and Innovation at Arts Council England and sits on the board of trustees of the National Gallery and Chairs ICOM UK. She is also a Senior Associate at AEA Consulting.

Beautiful #easter candies on show in the window of a very tiny sweet shop in #Esslingen Germany. #haagaschokoladen😍
Have you been to @leedsartgallery lately? Worth a visit - a wide range of art and fab cafe (Tiled Hall). Current temporary exhibition: Sarah Barker, All Clouds are Clocks, All Clocks are Clouds
Vinyago: Indigenous Voices - rehearsal performance at the Culture Centre at National Museum of Tanzania.
National Museum of Tanzania